Raya is a 6 foot, 160 lb right handed pitcher whose stuff plays above his size. He can already get his fastball into the 90-94mph range and has good spin on both a curveball and a slider. He also throws a changeup that has a chance to be a useful pitch.

Raya is listed as Baseball America’s 291 best prospect in the draft.

Watching Marco Raya pitch, you can tell this kid is a great athlete. Despite being undersized at just 6'0", Raya is able to maximize his velocity through his mechanics and quick twitch. Another thing that is evident with Raya is the balance he has on his back leg, which really helps him get into his set and deliver strikes with consistency.

Twins scouting director Sean Johnson noted, "We really love his mechanics, his delivery, his arm action. He checks a lot of boxes for us. For a high school pitcher, great foundation to evolve into a starter."

Johnson also said they liked a lot about his current pitch mix, "We’ve seen him up to 94 mph. He’s got two distinct breaking balls and a good changeup. He’s got a great foundation to develop. He’s a great piece of clay for our player development to mold and to build. He’s not huge in stature, but he’s still got room to add strength."

Raya will typically sit in the low 90s with his fastball, and it is hard to project a lot more than that from him down the road. However, it does record relatively high spin rates for a fastball, typically at 2,400 RPM plus, which could help make it more of a future strikeout pitch than just the pure velocity would suggest.

Raya also brings two excellent breaking balls to the table, with a sharp slider, and a hard-breaking curveball that to me appears to be his best pitch. The slider sits in the low-to-mid 80s, while the curveball has more downward break and is typically upper 70s. Just like with his fastball, Raya can generate high spin rates with both of his breaking pitches, which is something a lot of analytically driven scouting departments, like the Twins, want to see in young pitchers as they try to project them going forwars.

Finally, Raya mixes in the occasional low 80s changeup, that shows signs of a future fourth average or better pitch. This will be a key factor in Raya's development as a starting pitcher. If he can continue to develop all four of his pitches, and show that they are MLB worth pitches, he has a real shot making it as a starting pitcher with a four-pitch mix. If not, Raya's could be a likely bullpen candidate, where his fastball could potentially play up a little bit, and his breaking ball could dominate. 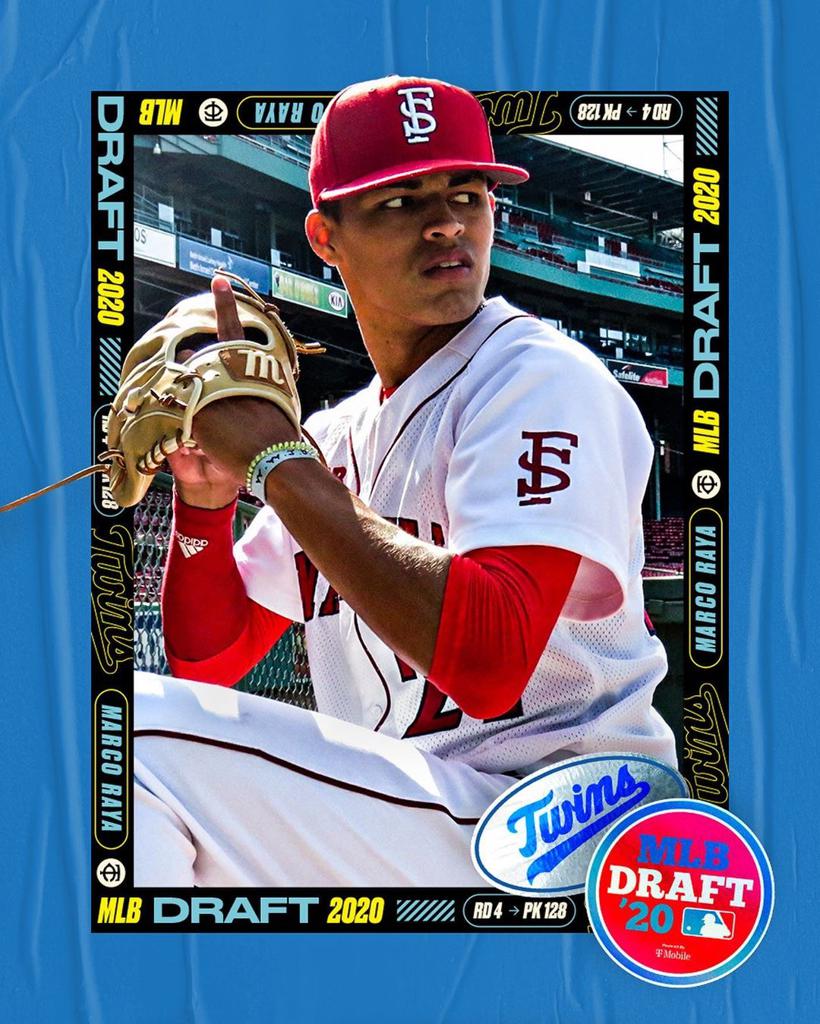